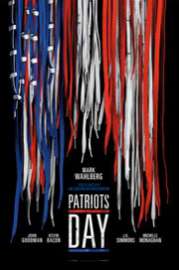 Stock tells Police Chief Ed Davis of Boston in the events that led to the attacks in 2013 Boston Marathon and the result, which includes the entire city searched to find the terrorists behind him.

Patriots DayInspired taken by bomb Marathon BostonBoston Police Sergeant Tommy Sanders joined the team of brave victims, first responders and other researchers in the race against the clock to catch the terrorists behind the attack.